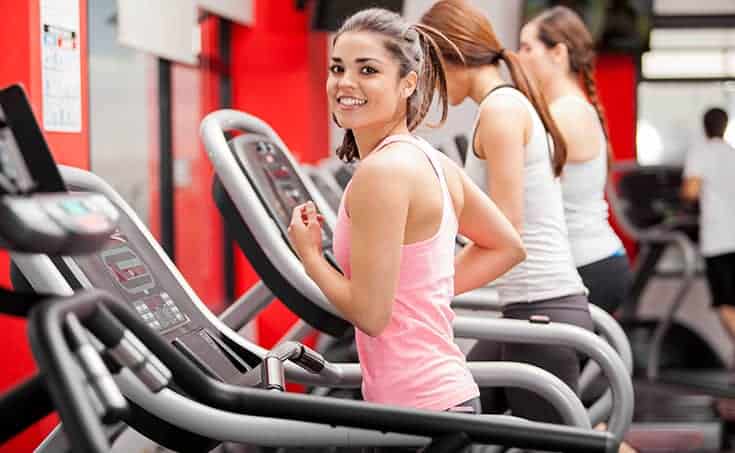 If losing weight on a treadmill were such a simple task there wouldn’t be so many people who use them religiously that are still sporting a few too many extra pounds. Despite the rows upon rows in gyms across the country always in motion, there’s still an obesity epidemic. Let’s investigate 3 tips that make treadmilling far more effective.

“Abs are made in the kitchen.” What that really means is that trimming down to lower percentages of body fat for most people have everything to do with what they do and do not eat before and after a treadmill workout.

There two really powerful ways to take an average treadmill workout to the next level: first of all intense intervals and, second employing more than the default programing. It’s about adding some variety so your mind and body don’t get too bored.

Tip #3: Add some Weight into the Mix!

Here’s a thought, if all you’re going to do is walk then why not add either a weight-belt, vest or some light to moderate weight dumbbells? This way you’re working both the upper and lower body at the same time, pushing up that metabolic rate and this will cause you to get the afterburner effect as well which increases caloric expenditure for up to 24 hours after you’re all done for the day. Just be careful and start off slow until you get used to it.

At the end of the day a fair amount could be said about the style/type of machine you’re using. So, head over to our treadmill section and see what modern fitness really looks like.

Why should you train your chest doing push-ups? The majority of women do not like…

Spinning is getting more and more popular every month it seems, and for good reason.…

Stretching for your back: analgesic without side effects!

Incorrect posture, inactivity, overweight, stress, and long trips by car are all elements that cause…